Afternoon lovely people!
Well so much for me popping back soon after my last post lol!  This past week has been manic, not only with the kiddies breaking up from school but I've had loads of stuff to sort out for hubby's company - getting all the accounts stuff sorted for the accountant, PAYE stuff, VAT stuff, blah, blah, blah stuff!!  BORING or what!!  Can't keep moaning about it though as that won't get it done any quicker will it﻿ and today my super duper Mum (thanks Mum!) has come to the rescue and taken the kids for me so I can get on.....so I best get moving!!  :o))
Onto my card and as you can see by the title of my post it's my Dads birthday today - Happy Birthday Pa!!  So why the Get Well Soon card??  Well poor Dad has had to go into hospital today to have an op to have his kidney stones removed, or in his words, have the quarry dug up!!  The hospital have cancelled on him twice now so even though it's his birthday, he's so pleased to be having the op!  We did have a Birthday Curry (yum!) on Saturday to celebrate his day so at least he still got some cake ay!!  Here's my card..... 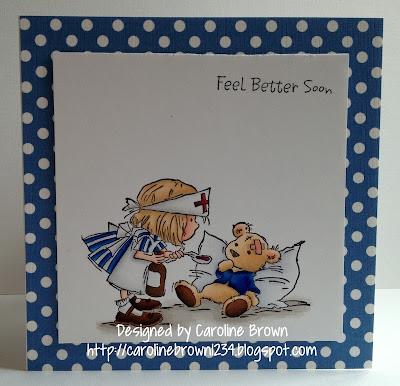 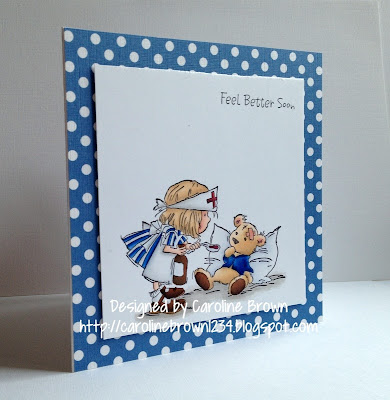 As you can see, it was quite a quick make.....that'll be all the boring stuff ^ ^ getting in the way again then!!
Right, I'm off to carry on plugging the numbers but before I go I just wanted to say a massive Thank You to Faye over at Cupcake for having me on her DT.  As you may have already seen, Cupcake is having a break for the foreseeable (sob!).  I for one will miss it and I know I'm not alone but I completely understand why the break is needed, so Fluffster, Thank You for being such an awesome DT Mummy and for having me at Cupcake  :o)
Toodles!
x
Challenges I'm entering my card in:
I'll do it later...
Card Ingredients:
I'll do that later too!...
﻿
Posted by Cazza at 14:26

Fabulous CAS card Cazza, gorgeous colouring and Happy Birthday to your Dad,and all the best to him..

A fabulous Get Well Card, love it!
Helen x

Your card is adorable and I'm sure your father loved it! Hope he's doing well. Also saw that Faye was shutting down the challenge blog ... sob ... it was one of my favorites with an amazing DT!

Love the card Caz and so will dad!

Good to see while I've got the kids your 'messing about' and not getting on with the accounts!! Repeat after me, I need to do the VAT!!! lol xx

so stunning cazza.i love the blue colours and really adorable image.
I hope your dads op went well and that he is soon back home. 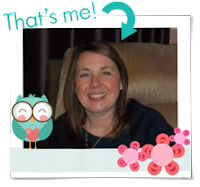 Cazza
Hey!! I'm Cazza and I live in Kent. I've been crafting for about 6 years now and I still absolutely love it, although time doesn't allow me to create half as much as I'd like too! I'm a busy working Mum and in between school runs you'll find me at my work desk being 'nerdy' as a Database Developer! After tending to the kids and the cats (and hubby!) I'm happiest getting inky or playing netball. Thanks for stopping by, I hope you enjoy your visit... :o) x 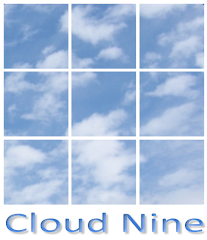 All blog content is shared with you for inspiration only, text and all photographs © Caroline Brown unless stated otherwise. Please do not copy my work for contest submissions, publications or any other reason. If you would like to use my work or have any questions please contact me, thank you.